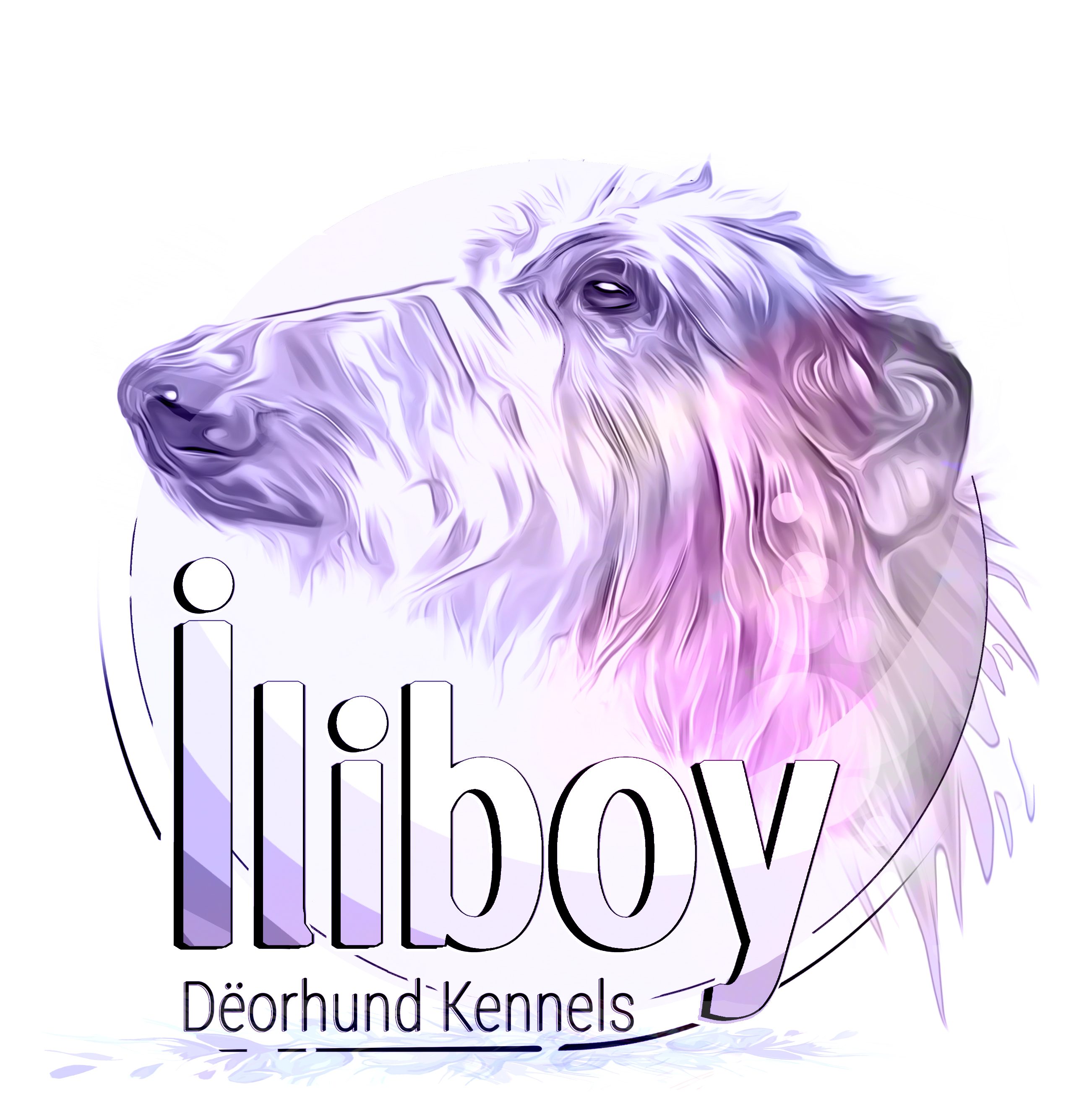 The Scottish Deerhound is an athletic and well-muscled sighthound with a jovial zest for life. It is a breed that requires sufficient exercise, preferably in large, open
spaces and safely fenced areas. While Deerhounds are sweet and gentle, often seen lounging on the couch, they are playful, agile, and quick-witted athletes whose
play style emulates their hunting prowess and often seems more rough than other breeds. Deerhounds love companionship and will return your affection and
care beyond measure. Mostly great travelers, Scottish Deerhounds are adaptable and easy-going. It is no
wonder Sir Walter Scott called the Scottish Deerhound “the most perfect creatures of heaven.”

The Deerhound: at a glance

Deerhounds are wonderful companions to children and the smaller the children are, the more eager the dogs are to have contact with them. Keep in mind, that a Deerhound is not a toy and he is most definitely too big to be walked by with children. As a rule, they get along well with other pets

Hate to be alone

Socialisation is keep to a Deerhound ???

The Scottish Deerhound should do well on a high-quality dog food, whether commercially manufactured or home-prepared with your veterinarian’s supervision and approval. Any diet should be appropriate to the dog’s age (puppy, adult, or senior).

Simply put, the true Deerhound is a running machine that cannot develop to its maximum potential without a lot of exercise. An adult Deerhound needs a lot of exercise. On the other hand, a Deerhound puppy categorically should not be walked for lengthy periods or have too much unsupervised exercise. A puppy grows very quickly, and puppy bones fragile and still soft should be allowed to develop without stress to adulthood. As tempting as it may be, give a puppy the rest it needs to grow big and strong.

The Scottish Deerhound’s harsh, somewhat wiry coat is quite easy to care for, requiring only an all-over brushing and combing every week or so. He will also need a trim of his nails every few weeks if they aren’t worn down naturally. Grooming tools to have on hand include a slicker brush, a fine-toothed metal dog comb, and an electric nail grinder or a pair of heavy-duty dog nail clippers. An occasional bath will help to reduce any doggy odor. Grooming sessions are a good time to inspect the dog all over for any new lumps or skin problems, and to check that the eyes and ears are healthy and trouble free.

BRIEF HISTORICAL SUMMARY: The Deerhound, known at one time as the Scottish Deerhound, has mystery surrounding his origins, but there are grounds for thinking the Deerhound may have been introduced to Scotland by Phoenician traders. Certainly there were running hounds there when the Romans arrived. The breed has hunted the red deer for a thousand years, and although today more accustomed to the show ring, he has remained similar in type over the centuries.

BEHAVIOUR / TEMPERAMENT: The build suggests the unique combination of speed, power and  endurance necessary to pull down a stag, but general bearing is one of gentle dignity. Gentle and friendly. Obedient and easy to train because eager to please. Docile and good tempered, never suspicious, aggressive or nervous. Carries himself with quiet dignity.

Skull: Flat rather than round, with very slight rise over eyes. Broadest at ears, tapering slightly to eyes. Skull coated with moderately long hair, softer than rest of coat.

Lips: Level. Good moustache of rather silky hair and some beard.

EARS: Set on high and in repose folded back. In excitement raised above head without losing the fold and in some cases semi-erect. A big thick ear hanging flat to the head or a prick ear most undesirable. Ear soft, glossy and like a mouse’s coat to the touch; the smaller the better, no long coat or fringe. Ears black or dark coloured.

NECK: Very strong with good reach sometimes disguised by mane. Nape of neck very prominent where head is set on, no throatiness.

BODY: Body and general formation that of a greyhound of larger size and bone.

Chest: Deep rather than broad, not too narrow and flat-sided.

TAIL: Long, thick at root, tapering and reaching almost to ground. When standing dropped perfectly straight down or curved. Curved when moving, never lifted above line of back. Well covered with hair; on upper side thick and wiry, on under side longer, and towards end a slight fringe is not objectionable. A curl or ring tail undesirable.

General appearance: With great length from hip to hock. Bone broad and flat.

GAIT / MOVEMENT: Easy, active and true, with a long stride.

Hair: Shaggy, but not over-coated. Woolly coat unacceptable. The correct coat is thick, close-lying, ragged; harsh or crisp to the touch. Hair on body, neck and quarters harsh and wiry about 8 cms to 10 cms long; that on head, breast and belly much softer. A slight hairy fringe on inside of fore- and hindlegs.

Colour: Dark blue-grey, darker and lighter greys or brindles and yellows, sandy-red or red fawns with black points. A white chest, white toes and a slight white tip to stern are permissible but the less white the better, since it is a self-coloured dog. A white blaze on head or white collar unacceptable.

Any departure from the foregoing points should be considered a fault and the seriousness with which the fault should be regarded should be in exact proportion to its degree and its effect upon the health and welfare of the dog and on its ability to perform its traditional work.

Deerhound [Online]. Available at: http://www.fci.be/en/nomenclature/DEERHOUND-164.html (Accessed: 22 December 2021).
Back to top